For ergonomic load handling in sensitive production areas and cleanrooms

Wherever production takes place, the operating equipment and working conditions must be designed to be as ergonomic and efficient as possible in order to achieve a high quality and quantity of work. With our Kromer cleanroom Balancers, we offer useful product solutions for positioning and handling loads - even in sensitive production areas and cleanrooms. Depending on the industry and area of application, cleanrooms have very individual requirements, which is why every Kromer cleanroom Balancer is unique and is designed and manufactured in close cooperation with the customer.

Do you produce sensitive goods in cleanrooms and are you looking for a suitable solution for your load handling?

We would be happy to support you with our expertise in the field of ergonomic workplace design with Spring Balancers. Contact us for a non-binding consultation appointment with our experts.

For the assembly of sensitive products within a cleanroom class 6 according to ISO 14644-1, a customer from the field of precision mechanics and optics was looking for a suitable solution for the tool handling of a special screwdriver. The following requirements were defined in close cooperation with the customer:

Many of the customer requirements, such as the ergonomic, safe and reliable tool positioning, have already been met by the basic properties of our Balancers (see Benefits of Balancers). A suitable Balancer with the corresponding load capacity was therefore quickly found: Kromer Type 7235 Balancer. The real challenge of the project therefore was to adapt the Balancer to the special requirements of the sensitive production area (cleanroom class 6). 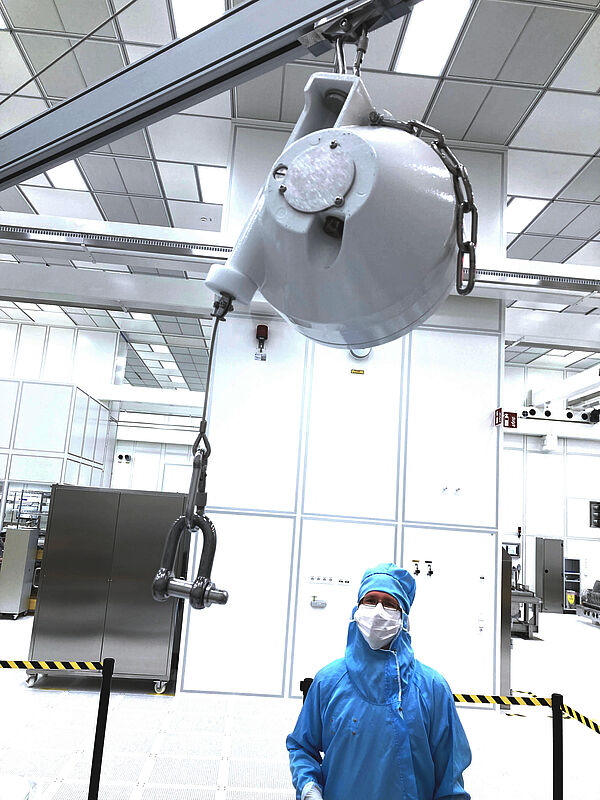 Adjustments and product design of the Kromer cleanroom Balancer

In this case, this meant reducing the natural wear and tear when using the Balancer as much as possible, and examining the suitability of individual auxiliary materials and materials with regard to possible outgassing or corrosion. The following changes to the Balancer type 7325 were discussed with the customer and then implemented to ensure the use of the in cleanroom class 6 according to ISO 14644-1:

After the adjustments and the subsequent cleaning process of the components, they were brought directly to the customer's site for final assembly and assembled and installed by one of our engineers. As a result, the Kromer Balancer for the cleanroom class 6 according to ISO 14644-1* was successfully put into operation. 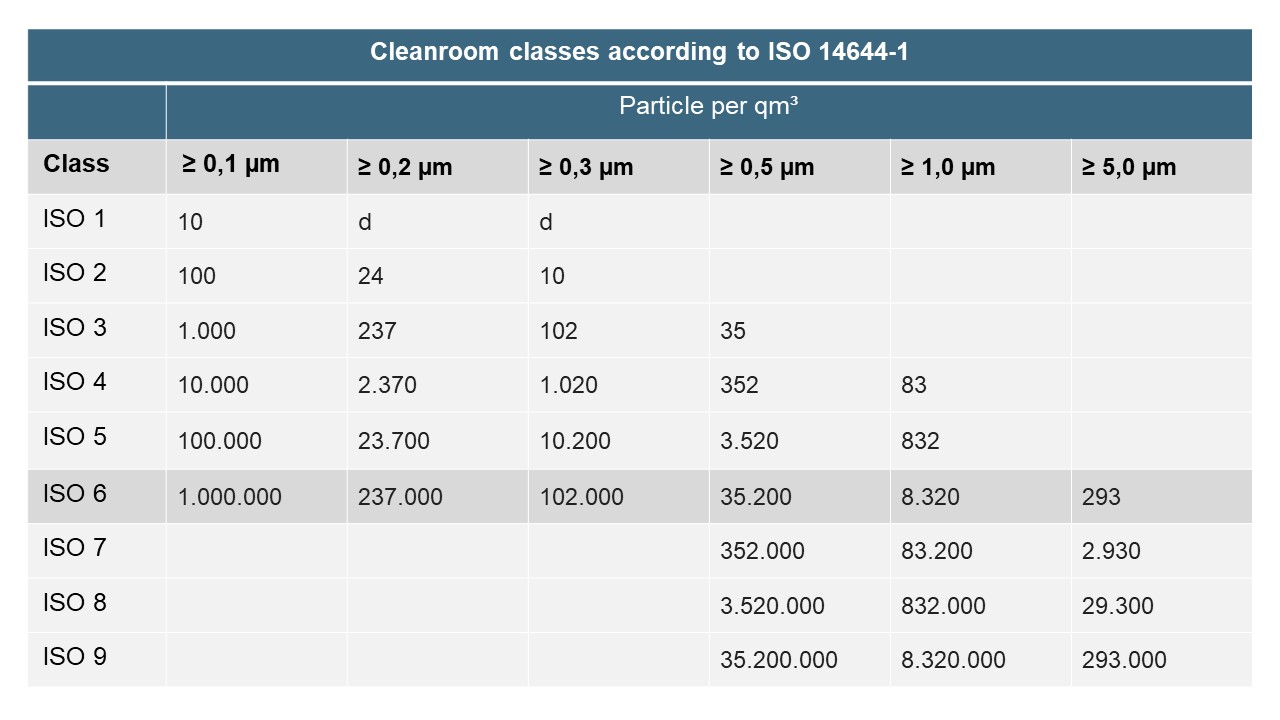 *ISO 14644-1 defines the degree of purity of the air, which is determined by limit values. The ISO classification is based on the concentration of particles in the air (per m³). The highest purity is found in ISO class 1 and the lowest purity in ISO class 9. The custom Kromer cleanroom Balancer from our case study meets the requirements of ISO Class 6 (see table above).

What is a sensitive production area?

In sensitive production areas, high-sensitive goods are processed, assembled or handled. Cleanrooms are used to protect these goods in the production process. Depending on the sensitivity of the goods to be produced, there are different strict requirements for the workers and the operating equipment in cleanrooms (e.g. machines, tools, tables), ranging from high and maximum cleanliness to sterility.

What is a cleanroom?

A cleanroom is a room that has an extremely low concentration of airborne particles. Airborne particles are all particles and substances that float in the air and are largely imperceptible to the naked eye. This is achieved with a high level of technical effort by constantly filtering the air. Accordingly, strict to very strict regulations and guidelines apply to machines and tools that are used in clean rooms. The various requirements are described in cleanroom classification tables which can be found in the ISO 14644-1:2015 cleanroom standard. In addition, there are other guidelines such as the GMP guideline (Good Manufacturing Practice) or the VDI guideline 2083 for determining the concentration of airborne particles.

Which industries are using cleanrooms for production?

Cleanrooms can be found in numerous sectors, such as in the automotive sector, in electronics or optoelectronics, IT and processor technology, semiconductor production, in laboratories for biotechnology and medical technology, pharmacy or chemistry and many others in which it is When it comes to production, high or even maximum cleanliness or purity is important. Depending on the industry, area of application or location, there are different limit values for the cleanliness of a cleanroom. 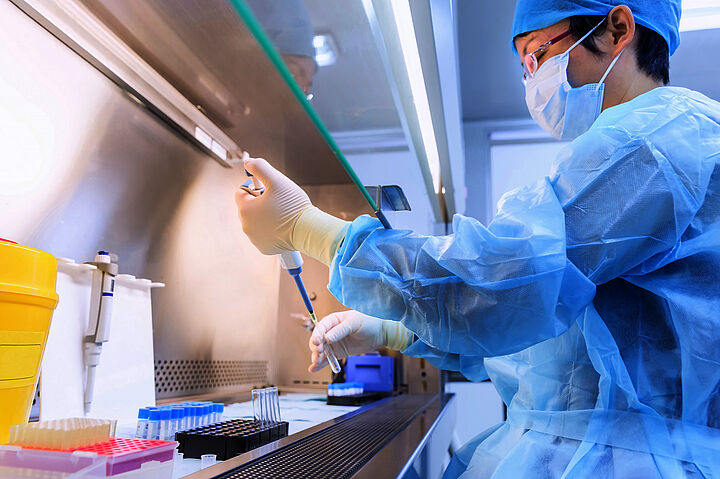 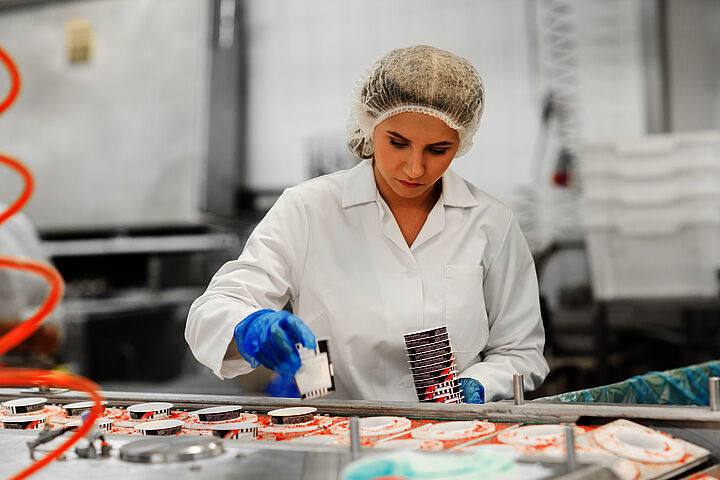 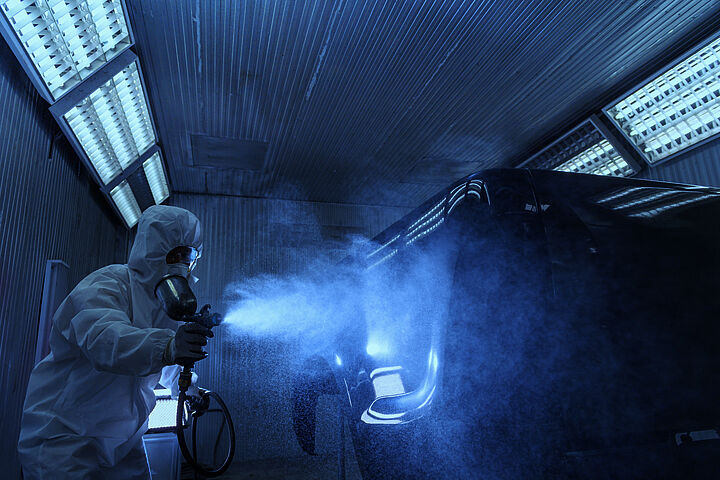 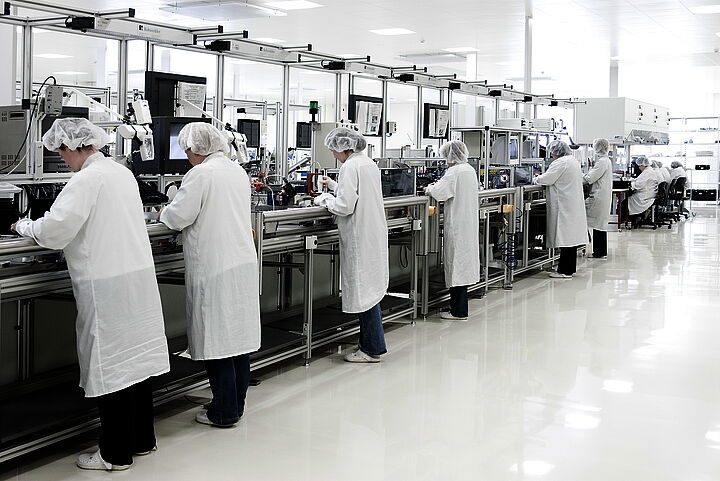